Kate Chinnick is a gardener not afraid to push the boundaries.

In fact, since she and husband Mick bought their Reidsdale property in 1997, she’s moved the fence twice to accommodate her ever-increasing garden. 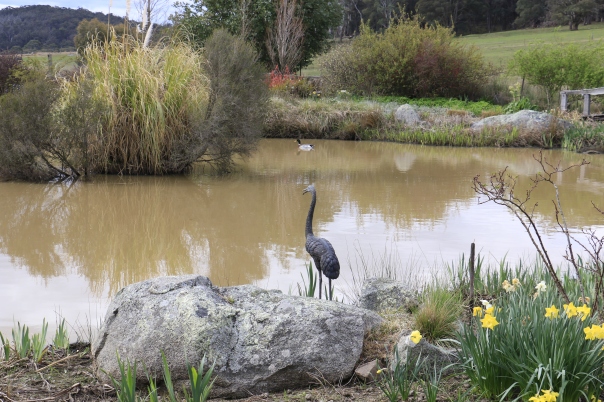 By her own admission, she is a plant addict who loves nothing more than adding new specimens to her collection. ”I can’t go past a nursery without calling in – they all have a treasure waiting to come home with me,” she laughs.

The farm was bare when they first arrived and Kate struggled to get anything to grow. “I couldn’t even grow wattle – I was so disheartened!”

So she set about planting cold-hardy exotics to protect the site from blustering north winds and huge frosts that often see the temperature dip to -12C.

In 1999, they moved into their newly constructed house which they built using timber cut from the property. They salvaged stone from the ruins of an old cottage on the property and used it to created a stone retaining wall near at the back door which Kate says has ”turned into a wonderful home for blue-tongue lizards and copperhead snakes”.

Then, work on the garden started in earnest. As the trees grew, Kate joined them together with beds filled with shrubs and perennials, created a duck pond in a natural depression below the house and, quite by accident, discovered her love of roses.

“My passion for roses came slowly. I was given 24 hybrid tea roses from a nursery that was closing down and while only two survived the first frost, it prompted me to investigate hardier ones.”

Now the trees and shrubs have grown to form a micro-climate, Kate can grow most roses – even teas in sheltered spots – and at last count she had more than 200 different varieties.

She lays claim to her own variety – Kate’s Rose – a self-sown specimen with dark pink/purple petals, large hips and leaves that display autumn colours as the plant goes into hibernation. 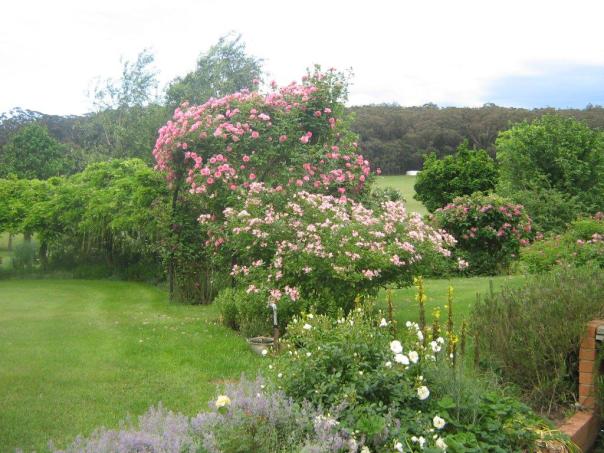 Kate describes her leafy oasis as ”a wander garden” and one that is always responding to its surroundings. “Anything that survives, I get more of it. Anything that doesn’t, I go on to the next thing.”

The wide grassy paths take you on a meandering journey from the rear of the house, all the way around and back, taking you past graduated beds filled with quince, evergreen alder, canoe birch, flowering cherries, hellebores and daffodils. 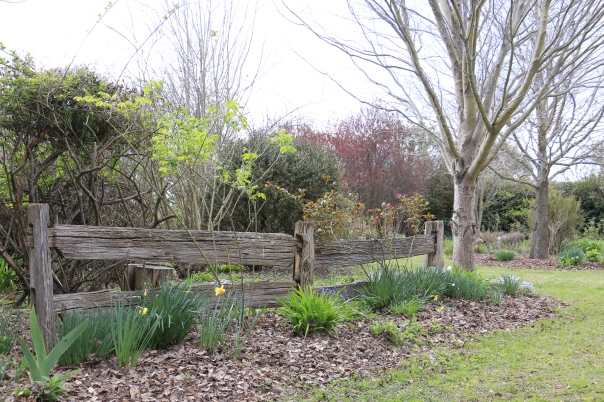 Kate says she made an effort to design the garden so it would be appealing all year round and to attract bees and native birds. ”Sometimes when I’m out in the garden, the wrens perch on my boot while I’m sitting weeding.” 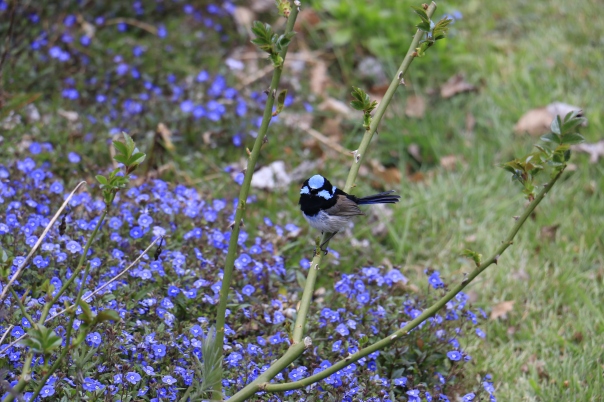 So now the garden takes up two acres, are there any plans to move the fence back a few metres to create a bit more space? ”No way, I’m getting too old for that now!”